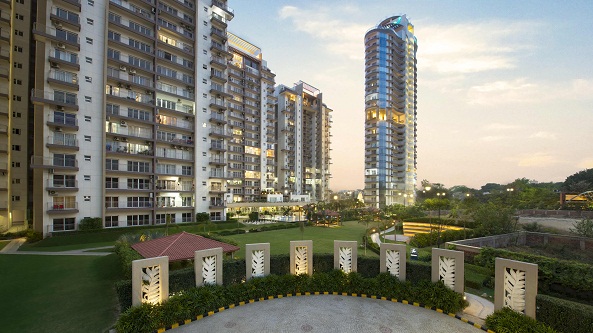 Kanpur is no longer a polluted city. It has made its way in Top 10 cities in India with impeccable developments.

Kanpur is finally enjoying whole new limelight with its induction in the list of Top 10 smart cities in India. The Kanpur that was once known as one of the most polluted cities in India, a forgotten industrial hub Manchester of the Estate, is breaking all stereotypes to emerge as a smart city that is recognized nationally. Do not be astonished as it has all the ingredients of becoming a successful model city.

There are three major reasons that set Kanpur from other cities in India that provide the foundation for a brighter future ahead. First and foremost, Kanpur is known as the ‘ Leather City of the World’ making it top leather producers in the world. Secondly, the location of Kanpur is tailor-made for progress as it has multiple national and state highways passing through it or lies in proximity. Thirdly, the real estate market in Kanpur is booming exponentially since the last decade.

The Union Ministry of Housing and Urban Development in a recent assessment found well-built residential houses in Kanpur and thus listing the city as one of the country's listed the country's smartest 10 cities. The list placed Kanpur in the 8th position followed by Vadodara and Vellore at ninth and tenth. Ahmedabad topped the chart followed by Nagpur Ranchi, Bhopal, Tiruppur, Surat and Vishakhapatnam, at third to the seventh position.

What Worked in Kanpur’s Favour?

Kanpur made the cut to become the 8th smartest city in India with its integrated traffic management systems along with open gyms in six parks around the city. Ongoing development includes the expansion of an integrated traffic intelligence system. A command control centre, which is being prepared at the municipal corporation headquarters, would be linked to several cameras across the city. The gyms have been established at Nanarao Park, Hanspuram Water Park, Kidwai Nagar Geeta Park, Motijheel campus, Ratan Lal Park and Panki Park. Kanpur Smart City Limited has invited tenders for 12 more such gyms.

AstroTurf at Green Park as well as four modern garbage transfer systems also played a key role in taking Kanpur to the top 10. The real estate market in Kanpur also contributed fairly to this achievement. The pace at which Kanpur is moving is evident as it completed several projects under the smart city initiative. Kanpur Smart City Limited has also taken up new projects worth INR 900 crore.

In addition, Kanpur is also the only city in the state to have an IIT. There are also a number of large educational institutes coming up in Kanpur that makes it an attractive destination for students. It will also boost the demand for real estate, entertainment sectors and increase the number of residential apartments in Kanpur. The modern infrastructure is helping Kanpur’s industrial area to grow faster and is also attracting a number of industries to the city that is set to boost the city’s economy to a great extent.

The KMC is taking many other steps at the ground level and has also added to the growth of Kanpur from an industrial city to a smart one. Smart multi-level parking facilities across the city are helping curb the growing traffic and the woes of pedestrians. Smart road projects are being undertaken that allows the drivers, pedestrians, and roadside vendors to be at ease. There are also modern pathways and cycle tracks being constructed for its citizens. Proper water management and rainwater harvesting projects are also undertaken by the Kanpur city civic bodies to utilize its resources properly and avoid wastage of water.

What More Need to be Taken Care of?

After this massive leap from 13th position last year in the Smart City’s list to entering the top 10, Kanpur still has a long way to go before the summit. The primary concern with Kanpur is the poor air quality due to increasing pollution. But, steps are already being taken through green initiatives by KMC. But, there is also a need for raising awareness among the citizens and also involve corporate and educational institutes to see a major difference. Apart from that, the lifestyle and spending habits of the people should also improve to bring in more investments. The real estate market in Kanpur is already on the rise and will also add fire to the fuel of development. All these fit perfectly to give Kanpur the importance it deserves.

The Kanpur Smart City limited is all geared up and excited to repeat the performance if not surpassing it. The Kanpur Development Authority and The Municipal Corporation along with the Uttar Pradesh Government are all working in perfect harmony to take the giant leap from the smartest city of Uttar Pradesh even ahead of its capital Lucknow to the smartest city in India.